A gay themed short film about the bittersweet love story between Matheus and Diego as portrayed in the screenplay that Diego writes when he becomes a filmmaker. The film, directed by Mauro Carvalho and Thiago Cazado, tells the story of love lived by Matheus and Diego. By becoming a filmmaker, Diego scripts the memories of the relationship. It’s a movie inside the movie. The duo of directors classify it as a fun and exciting story. The film is already awaited by fans; A public captivated by MACA from other works released by the pair that gained national notoriety. This is the case of the short film “I Got Local” that viralized on the internet in 2016 and entered the show of the main Brazilian film festival of diversity – MIX BRASIL.

In “About Us”, the pair of directors chose Brasília as the setting for the story. Diego (Thiago Cazado) and Matheus (Rodrigo Bittes) star in the memorable moments of a couple. Filmed in 4 months, the feature – which is an independent production – has only actors from Brazil. Novices and veterans of the local scene are in the cast. Made with the company’s own funds, Mauro and Thiago celebrate: “It’s a privilege to be able to make a movie with quality and total freedom. What the audience will see on screen is exactly what we wanted to put in. “- Mauro Carvalho. “We like to do what we would like to see. I’ve been writing movies around the same-sex atmosphere for a very natural reason. I’m gay, I can write better about what I am. “- clarifies Thiago Cazado.

FULL MOVIE WITH ENGSUB AT THE END OF POST

(There’ll be PopUp Ads on video. It’s not my ads.) 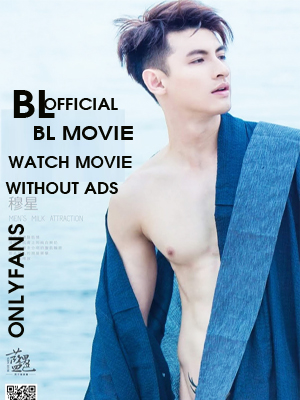 HOW TO WATCH AND DOWNLOAD MOVIES ON GCINEE ➡➡ LINK PHOTO ⬅⬅

(Cute couple) Ohm and Toey – Make it right the series

HOW TO WATCH AND DOWNLOAD MOVIES ON GCINEE Cheol Soo, who is also a loner, can’t the ability to save by oneself. Cheol Soo, now an adult, is living alone. As first social life, He […]

HOW TO WATCH AND DOWNLOAD MOVIES ON GCINEE   Kyuso wa Chizu no Yume wo Miru (窮鼠はチーズの夢を見る) Otomo Kyoichi works at an advertising company. He has an indecisive personality. Even though he is married, he […]

HOW TO WATCH AND DOWNLOAD MOVIES ON GCINEE        CLICK HERE TO WATCH FULL MOVIE OR DOWNLOAD English name : Do you, Andy ? Year : Other name : 你願意了嗎 Starring: Director: Region: […]

HOW TO WATCH AND DOWNLOAD MOVIES ON GCINEE Dear! I  received a lot of requests for subbing 2 BROTHES Because the subteam is really busy for their privated work and there’s not too much views […]