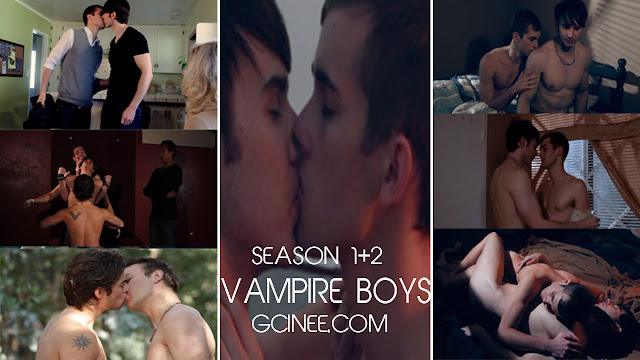 Jasin and his vampire brood’s time is running out. In order for them to survive, Jasin needs to find a mortal to turn into a vampire to spend eternity with. Los Angeles provides plenty of young candidates. The brood has their eyes set on Tara, a young, gorgeous blond college student. Tara is open to the idea of becoming a vampire, but someone else enters the picture to disrupt the brood’s plans. Caleb, a fresh face college student new to Los Angeles, keeps dreaming of a mysterious stranger. At school, Caleb meets the stranger, Jasin, and they have an instant connection. The problem is that time is short, and Jasin needs to convince Caleb that eternity as a vampire can be a very sweet life.

Jasin and Caleb’s eternal bliss is put to the test when Jasin’s century old rival Demetrius returns to get his revenge. Demetrius plots to destroy Jasin by creating an army of vampires by recruiting unwilling victims from the local boxing gym for his new brood. In his quest for domination, he recruits Jasin’s ex, Tara, who is still quietly grieving from Jasin’s rejection. Power and passion collide when the two broods finally clash. Who will remain and who will be destroyed for eternity?

ENGSUB | LET ME KISS YOU ( จูบของเรา)