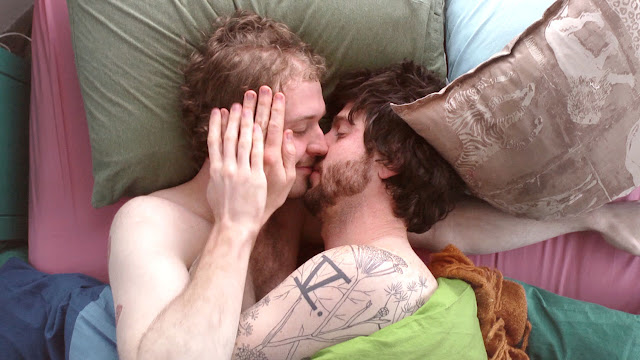 I Want Your Love is the title of both a 2010 short film and a 2012 feature-length film. Both films were directed and written by Travis Mathews. The drama films both revolve around the friends and ex-lovers of Jesse Metzger, a gay man in his mid-thirties who is forced to move back to his hometown from San Francisco due to financial reasons.

Jesse Metzger, a gay man in his mid thirties who works in the domain of performance arts, finds himself forced to move back to his hometown because he can no longer afford living in San Francisco. As he plans his move, his best friend Wayne is having his boyfriend Ferrin move in. The two have trouble acclimating through the movie, and Ferrin is worried about Wayne’s increasing interest in Jorge, a friend of Wayne’s.

Jesse discusses his fears about moving with his other roommate, Keith, who seems to always help Jesse by saying the right things. Meanwhile, Jesse is having trouble with his job, which involves creativity, a quality he is losing under all the pressure. He contacts his ex-boyfriend Ben to say goodbye. Ben is excited, and goes shopping to impress Jesse, where he meets with an old friend, Brontez. The two chat and agree to meet in a goodbye party for Jesse, which Wayne had planned for later that night. Jesse, despite having reminisced his love-making with Ben, and Ben feel good about meeting each other, but upon meeting, they both realize their feelings are gone. Later that day, Ben calls Brontez to confirm seeing him later at night in Jesse’s party.

At the party, Jesse does not show up and stays downstairs with Keith, who is leaving for the weekend. The guests arrive. Ferrin suggests a threesome with Wayne and Jorge, to which they both agree. During the sex, Jorge leaves the two lovers and they finish off alone. Meanwhile, Ben and Brontez flirt and eventually have sex. Downstairs, Jesse wears Keith’s clothes and lays down listening to music. Keith shows up, surprising Jesse. The two chat until their sexual tension reaches the point where they have sex, which is interrupted by Jesse himself, who tells Keith that this “isn’t what he wants.”

In the morning, Ben picks up Jesse. On their way to the airport, Jesse laughs loudly, claiming he is, despite his fears, strangely excited.

ENGSUB | THE SECRET OF WANG FAMILY (NEVER TRUST A STRANGER)

ENGSUB | HARD TO GIVE UP (男捨男分)