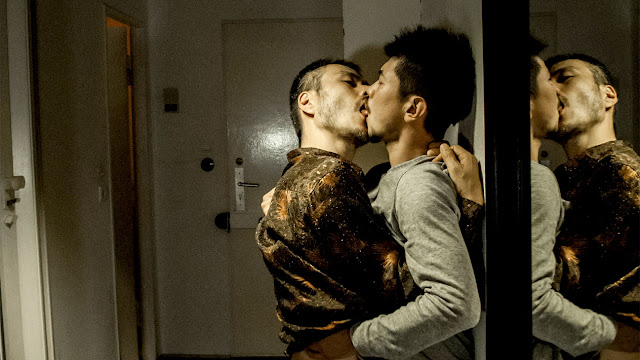 Koichi is a Japanese man living alone in Berlin. He has no job and hardly any friends. One night Koichi meets Ryota at a bar which is also a sex club. Ryota came to Berlin to visit a German guy whom he had “met” on a dating app. His high hopes for romance (and marriage?) were quickly crushed since the German was only interested in sex, not even letting Ryota stay for the night. That is why Ryota ended up spending the night in the dark room of the sex club. Koichi for some reason lets Ryota stay at his apartment. They have sex. Ryota goes out almost everyday to get laid by various local men and comes home to Koichi’s. Increasingly caught up with a strange feeling that is akin to but not quite frustration or curiosity (needless to say, it is not even close to love), Koichi gradually gives himself up to sex with Ryota.

ENGSUB | ONE DAY FOR LOVE