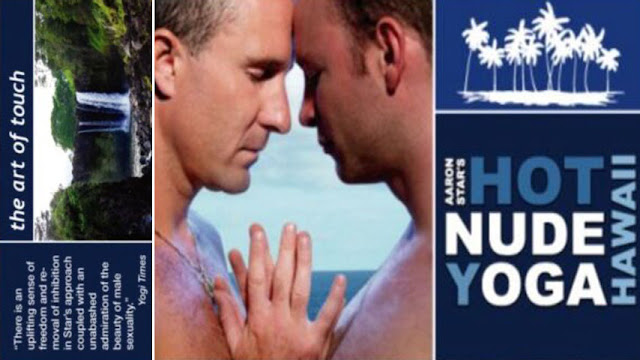 Aaron Star is like many other yoga teachers around the world with one big exception. His yoga classes are taught in the nude. His teaching began in New York, but his unique and controversial approach to yoga had landed him international recognition. He travels extensively to major cities around the world and has a whole line of DVDs for men.

Yoga instructor Aaron Star offers a perfect way for gay men to get into shape and enjoy some sexy eye-candy with his aptly named HOT NUDE YOGA program, which captures physically fit and totally nude gay men demonstrating yoga poses that burn fat, tone muscles, and build strength, stamina, energy, and flexibility (but can also be used for sheerly erotic viewing pleasure).In the three-part COMING OUT IN HAWAII series, Aaron takes his New York City-based students on a Hawaiian retreat. This volume presents the third installment in the series, AFTERNOON DELIGHT, a midday workout designed to erase stress and restore energy.