“BoY,” director Auraeus Solito’s latest offering, has a simple plot: a rich, unnamed poet (played by real life Creative Writing major Adam “Aeious” Asin) meets a poor macho dancer (played by real life macho dancer Aries Pena) and they attempt to discover each other’s world.
The poet visits a gay bar for the first time to observe lip-synching drag-queens and dancing macho dancers and finds himself smitten to Aries, one of the boys who dances in the bar. He decides to sell his comic book collection and return to rent the dancer and take him home for New Year’s Eve.
Sparks fly while celebratory fireworks go off outside the house and the boys forge a fragile connection that neither of them is certain will last. This is a coming-of-age tale of a sensitive boy who arrives at his first lesson about love and who learns to grow confidently into his own sexuality.
Directed by internationally acclaimed filmmaker Auraeus Solito whose first feature “Ang Pagdadalaga ni Maximo Oliveros” won 15 international Awards. He also directed critically acclaimed films “Tuli” and “Pisay”. “BoY” is his 4th feature film and has been well received in the US and Europe. 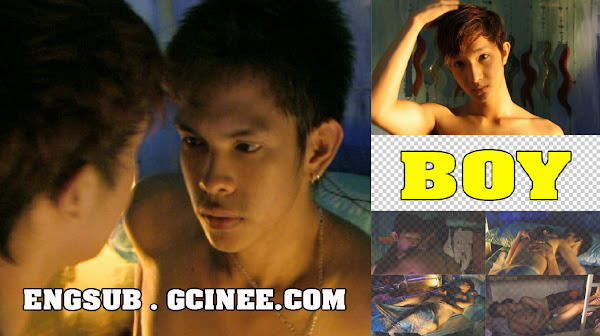 (There is a popup ad when watching this server. It’s private ads of openload server)

(There is a popup ad when watching this server. It’s private ads of streamango server)

ENGSUB | HE IS MINE

Love you more than every heartbeat!

ENGSUB | ME , MY FAMILIAR PEOPLE ( คิดถึงคนแปลกหน้า 18+)

OCT.21 | TELL THE WORLD I LOVE YOU (บอกโลกให้รู้ว่ากูรักมึง)