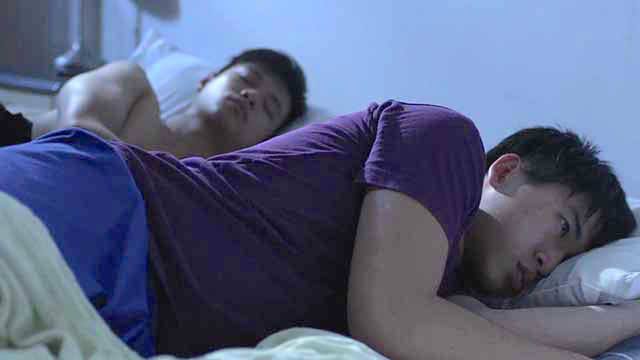 A boy who is confined to share his room with a distant cousin, discovers himself developing feelings for him.

Beng, in his late teens, is confined to share his room with his distant cousin, Jacob. He starts picking on Jacob and hurling snide remarks. Little did Jacob know that, Beng’s bullying behaviour is just a cover-up of his homosexuality and feelings towards Jacob.

Beng is forced to share his cramped room with a distant cousin, Jacob. He shows his contempt for him openly, making snide remarks.

Familiarity usually breeds contempt, but in the case of Beng and Jacob, it was just a matter of time before they found out where hate ended and love began.

Tempers flared easily. Every encounter they had was very tense. It didn’t help that there was a really awkward shower encounter where Jacob was caught staring at his hind.

But as time passed, Jacob realised that Beng’s outbursts were just a front. They actually had a mutual, unspoken love.

ENGSUB | IT SEEMS TO RAIN (少年不戴花)