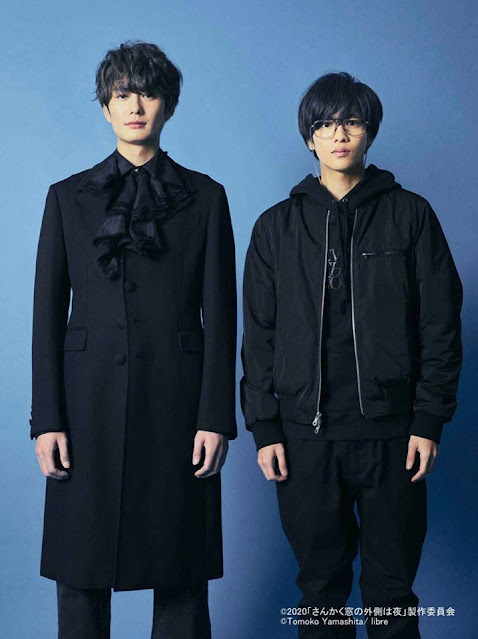 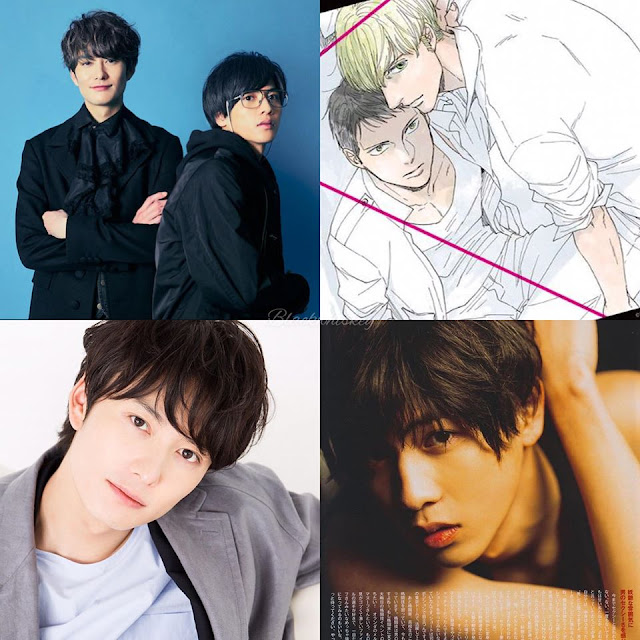 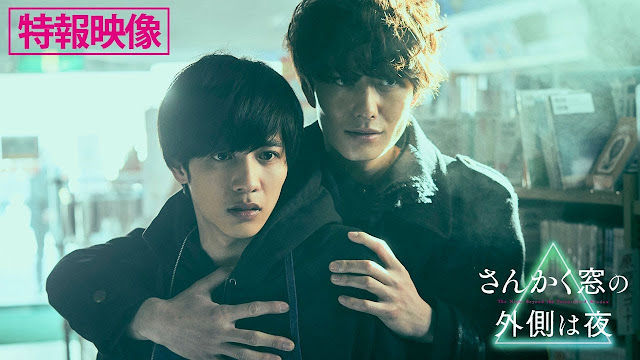 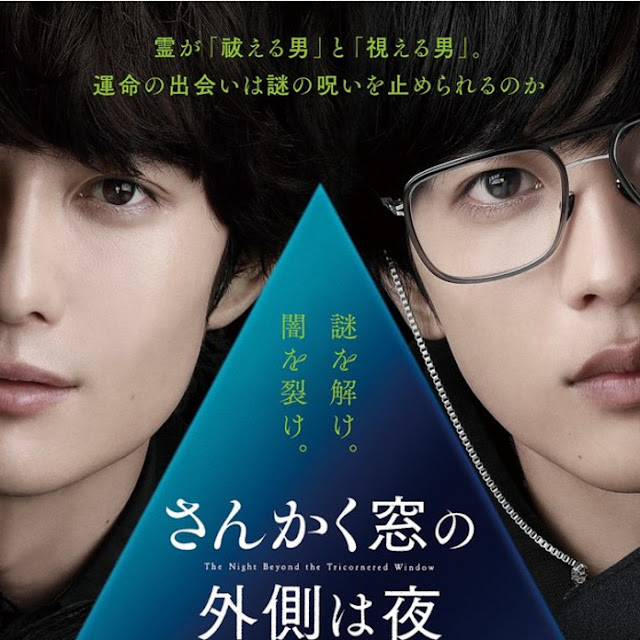 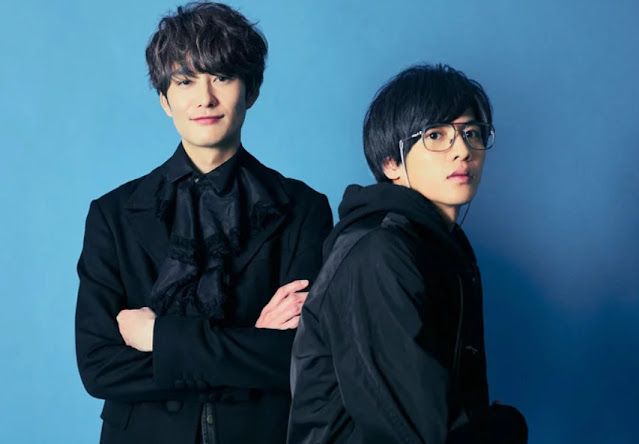 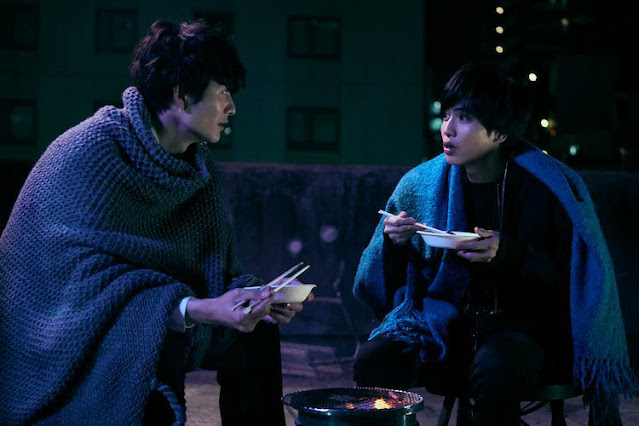 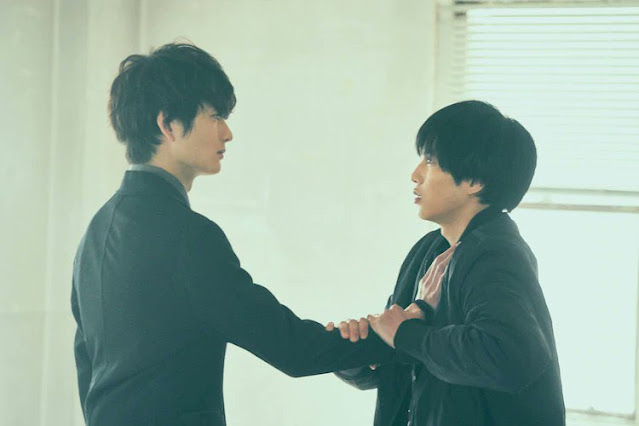 Libre Publishing announced on Monday that Tomoko Yamashita’s The Night Beyond the Tricornered Window (Sankaku Mado no Sotogawa wa Yoru) boys-love manga is inspiring a live-action film that will open this year. The film will star Masaki Okada (live-action Gintama, Space Brothers, Future Diary, left in picture below) as Rihito Hiyakawa, and Jun Shison (live-action anohana, Ressha Sentai Tokkyūger, right) as Kosuke Mikado. Yukihiro Morigaki is directing the film, and Tomoko Aizawa is penning the script.

SuBLime is releasing the manga digitally, and it describes the story:

Shy bookstore clerk Kosuke Mikado has the ability to see ghosts and spirits, an ability he wishes he didn’t have, since what he sees usually terrifies him. Rihito Hiyakawa, an exorcist whose supernatural powers are as strong as his social graces are weak, doesn’t seem to fear anything, mortal or otherwise. When this odd couple gets together to solve the bizarre cases that come their way, their work methods may not be entirely safe for work!