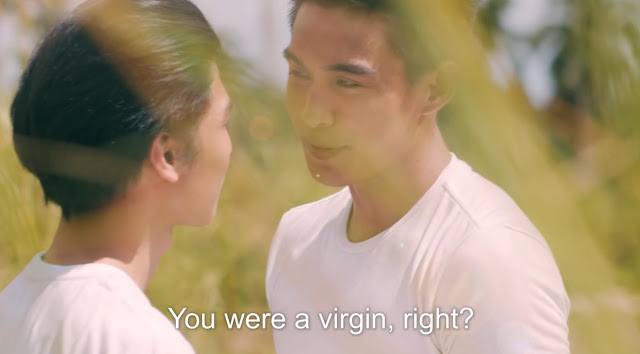 Although the concept of Boys’ Love (BL) in printed form has been around since the late 1970’s, it wasn’t until 2014 that a major media group in Thailand commissioned the first film series. Since then, there have been more than a dozen series throughout Asia. Boys’ Love could be simply described as young people falling in and out of love, the different angle of course being that the ‘lovers’ are same sex, meaning that the audience, originally teenage girls, now crosses boundaries to include the LGBTQ Community.

Until now, all Asian BL series follow a similar pattern; CHEATis a new Boys’ Loveseries made in the Philippines which breaks the mould of ‘conventional’ BL stories; gone is the ‘shock’ value of two boys falling in love – that’s a fact that has been reality since humans first populated the earth – CHEATaccepts this as part of normal life, and instead has created a serial story that deals with the themes of stolen innocence, jealousy, lust, betrayal, and under the genre ofpsychological thriller, CHEATdelves into the maelstrom of intimate relationships within a tightly knit family – all of this with an underlying backdrop of witchcraft and the supernatural – a theme so very popular with Filipino audiences.

CHEAT revolves around five main young characters; an innocent young man, Vee (played by Daryll Rodriguez), who has had an unusual sheltered upbringing, Vee lives with his full-time guardian, an Apostolic Nun (Claudia Enriquez). The series concerns the effect that Vee has on 3 siblings: Dong (Migo De Vera), Jennifer (Allora Alcantara) and Jay (VR Relosa). The Siblings live with their Mother (Tuesday Vargas) who dabbles in witchcraft. Their Father, who is never seen, left the family to be with his Mistress (Daiana Menezes) who makes up the eighth character in the entire series.

This first series comprises six episodes that are set over 5 consecutive days, and the Creators promise the audience a rollercoaster ride of action and emotion which culminates in an explosive ending.

KEEP YOU SAFE IN MY ARM