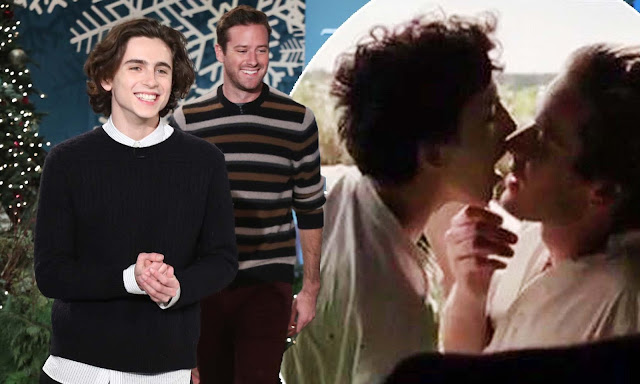 The director of “Call me by your name” – Luca Guadagnino in interview at USA Today confirmed that he will make season 2 for the movie with the same cast – Armie Hammer (Oliver) and Timothée Chamalet (Elio). With the agreement of author André Aciman, they maybe meet each other after 5 or 6 later. The scenes of movie will be captured outside Italian. They will go around the world together.

MANILA, Philippines – Director of 2017 film Call Me By Your Name Luca Guadagnino confirmed that lead actors Timothée Chalamet and Armie Hammer are returning for the sequel.

In an interview with Peruvian newspaper La Republica, Luca said that both stars, along with the rest of the cast (Michael Stulhbarg, Esther Garrel), are on board for part two.

“Everyone will be in the new movie,” he said.

However, due to the coronavirus pandemic, progress on the sequel has been halted until further notice – Luca was scheduled to fly to the US from Italy to meet a scriptwriter, but their meeting had been canceled due to the global lockdowns.

Call Me By Your Name is a romantic, coming-of-age drama about 17-year-old Elio Perlman (Chalamet), who spends the summer of 1983 with his family in Italy. It is during that summer when Elio meets archaeology professor Oliver (Hammer), and eventually develops a relationship with him.

The film is based on André Aciman’s 2007 novel of the same name. Aciman released the sequel to the first book, entitled Find Me, in October 2019

A BOSS AND A BABE THE SERIES (ชอกะเชร์คู่กันต์)