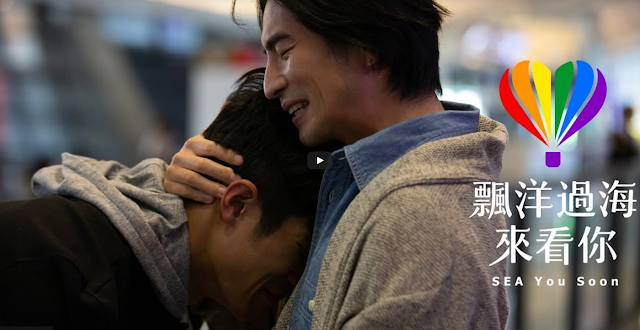 In Taiwan, on the eve of the first anniversary implementation of same-sex marriage, there are still thousands of transnational gay partners who are forced to separate the two places because of the inability to marry. The place of residence recognizes that marriage is the only way for marriage to be effective. At present, only 28 places in the world where marriage is adopted are in Taiwan.

Therefore, in order to support “multinational marriage”, the “Largest Love Charity Association” and the “Taiwan Partner Rights Promotion Alliance” jointly invited Jin Jingtianhou, Liang Jingru and Ai Yiliang to cover and invite everyone to experience transnational same-sex partners through their pure and rainy voice. The sadness of being unable to get married is sobbing.

MV is adapted from real people and real events. Before the shooting, director Yin Zhenhao actually interviewed many same-sex couples who could not get married, condensing their anxiety that they could not meet and worry about separation, condensing each time they wait at the airport. I look forward to the day after the first anniversary of the marriage, everyone do n’t forget that there are still a group of people waiting hard to wait for the true “equal rights” of marriage.

We are partners, and we have been fighting for marriage equality in Taiwan for more than ten years. Because I believe that no one ’s rights should be ignored and no one ’s love should go so hard, I rolled up this multinational marriage proposal, hoping to raise the society ’s attention to transnational marriage again, and promote various initiatives ( (Judicial litigation, case rescue, political lobbying, media momentum, etc.). Sincerely need everyone to support, because no one’s rights can be forgotten.

ENGSUB | BECAUSE I AM NOT PERFECT